Why Big Sugar is the new Big Tobacco

We’re all familiar with the textbook baddies of Big Tobacco. Back in the 1980s they were everywhere, using their dodgy tactics to fight the challenge to smoking and the health disasters it caused. These days they have been reduced to the status of cartoon baddies in comedy movies and TV shows, although they are alive and well in less regulated markets. 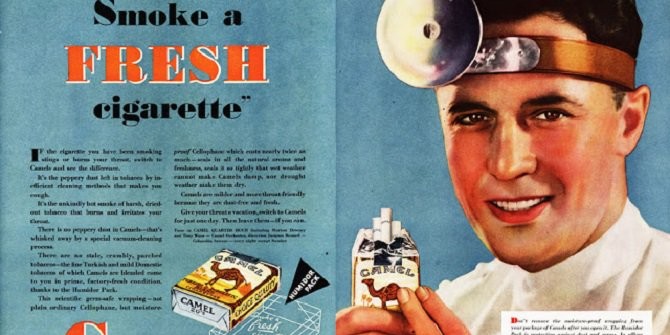 The battle against tobacco has slowly been won, at least in the developed world. But another purveyor of deadly products has taken a leaf out of tobacco’s book. We’re talking about Big Sugar. Big Sugar is like Big Tobacco’s slick little brother, with reach and power stretching across the globe.

For a start, Big Sugar uses research to manipulate public debate on a grand scale. For a start, the research they fund is five times more likely to show no association between sugar consumption and health problems than independent research. Nothing to see here, folks…

Then, just like Big Tobacco did in the 1970s, they like to threaten massive job losses in sugar producing areas if sugar consumption is reduced, overstating the case to boost their argument. (It helps that some of these are in politically sensitive marginal seats. Just look at the way the sugar industry resisted sugar taxes in the US.)

Another thing Big Sugar loves is ‘voluntary guidelines’ – the same kind of thing used by advertisers and the alcohol and gambling industries to make sure nothing stands in the way of their profits. If alcohol guidelines are anything to go by, there’s no evidence they are effective. Which is lucky, because if they were effective, sugar consumption might decrease – harming the profits of Big Sugar.

Like Big Tobacco, Big Sugar is big on ‘personal responsibility’ arguments. If you suffer from their products, it’s your fault for not being responsible enough. But of course consumers of sugar are up against the power and persuasiveness of big companies who spend millions on advertising. Many consumers at the receiving end of junk food and junk drink marketing are young children, or parents wishing to do the right thing for their kids.

Big Sugar is also like Big Tobacco in that it has global reach. Coca Cola, for example, ran the same campaign against sugar taxes in 14 countries, including Russia, Germany and New Zealand.

It can seem daunting to challenge the power of Big Sugar, but the good news is that many communities have fought and won against Big Tobacco. Decades of campaigning in countries like Australia has led to plummeting rates of smoking, falling from more than 70% of adult males in the 1940s to just 18% today.

Big companies are not going to quietly step away from big profits. It's up to government to reign in the junk food industries which put too much sugar in our food and drink, spend big bucks on marketing and bamboozle us with the way they label sugar. Better policies could limit added sugar in processed food, dial down the marketing (especially to kids) and ensure clear labels that everyone can understand.

Just look what has been achieved with a soda tax in Berkeley, California - a 50% reduction in consumption of sugary drinks. This is what can be achieved when our lawmakers take responsibility.

Here's hoping we can achieve similar results here in Australia.