A new report from by the Collective for Action on Obesity shows that obesity is a growing problem for Australia. We must take urgent preventative steps to limit the personal and community toll. 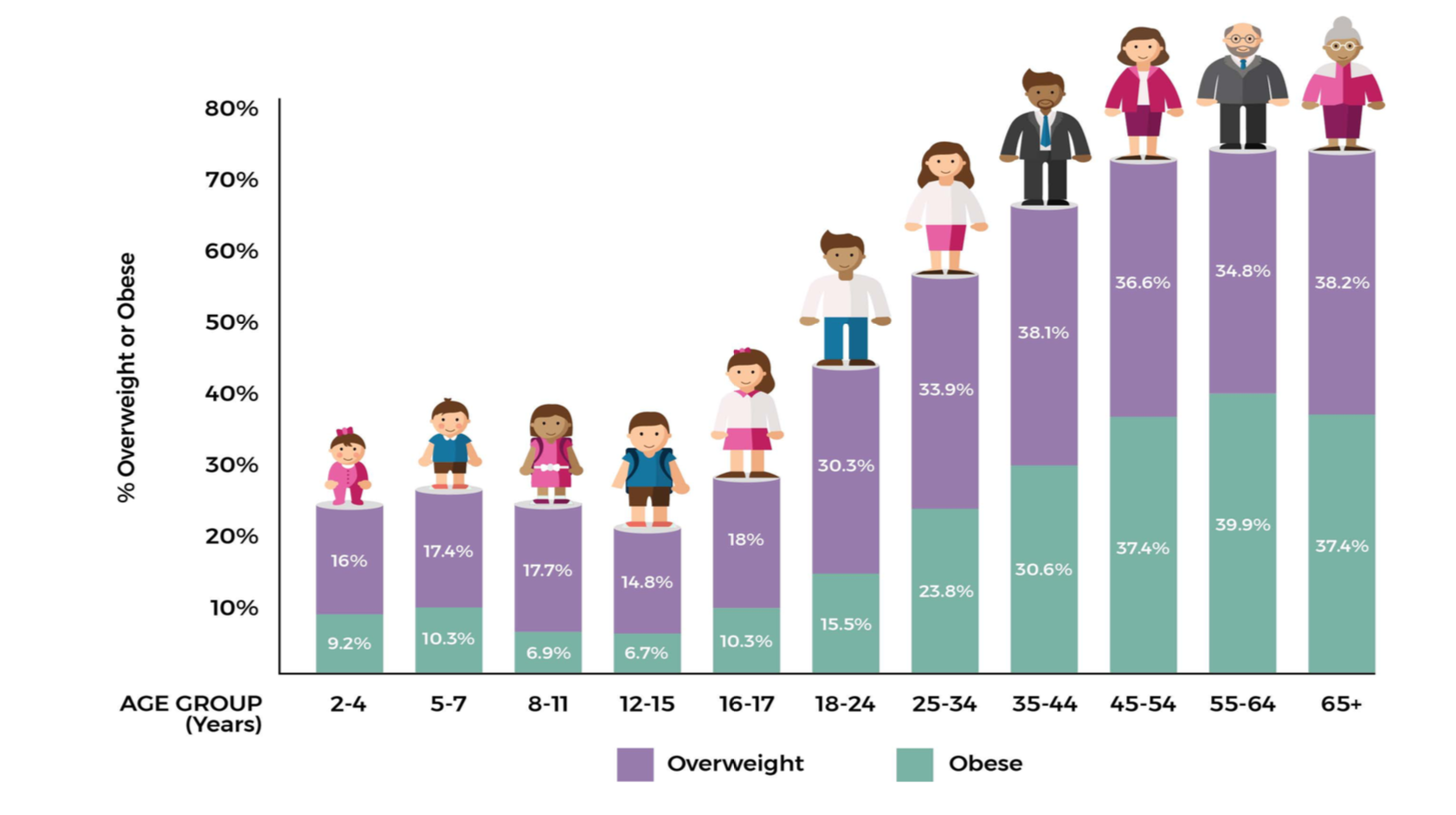 It’s no secret that Australia is in the grip of an obesity epidemic. In 1990, around 8% of Australians were obese. But now 31.3% of all adults are obese. Rates are increasing from younger ages, with almost 25% of our kids now overweight or obese. Right now, 5.8 million of us are obese, but if current trends continue, that number will rise to 8.9 million by 2027. 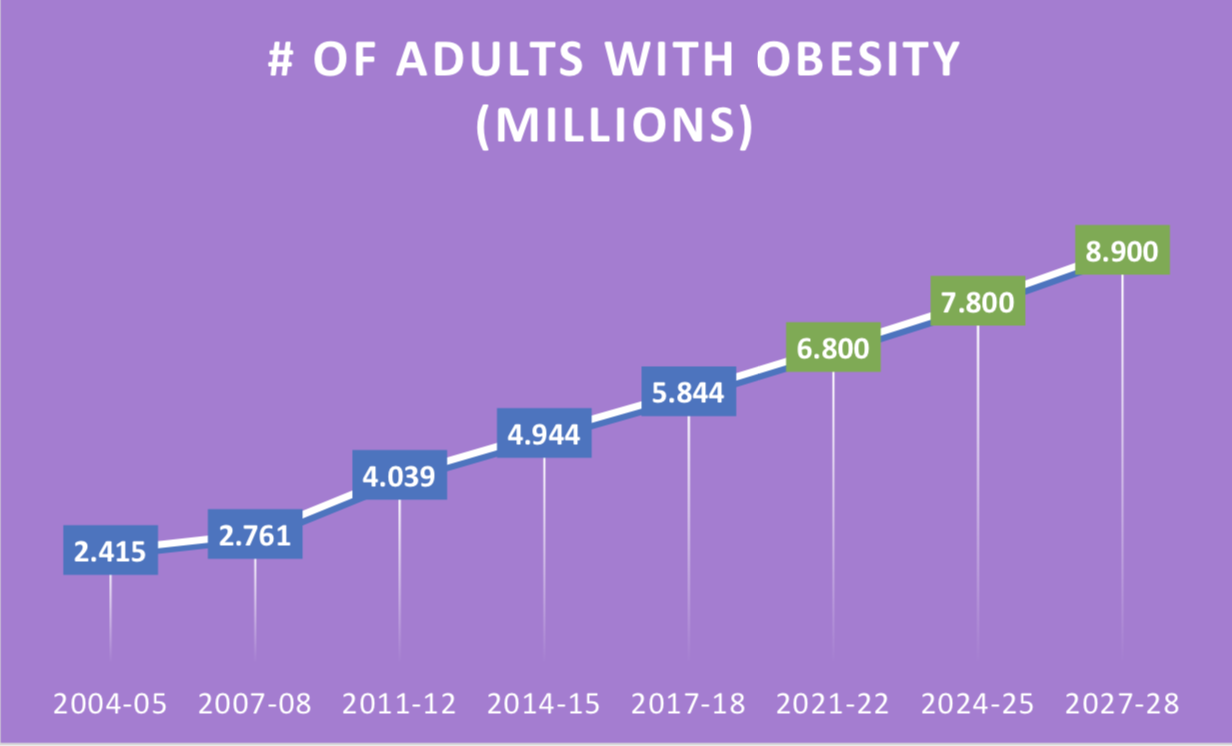 Over recent years, governments have produced strategies and reports, but no real lasting action has occurred. Many strategies have tried to blame individual bad choices or lack of willpower, but there are actually many environmental and social reasons why people are obese.

Key facts from the report: